The Miraculous Medal of the Blessed Virgin Mary 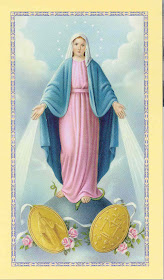 (This article was originally published in "Irelands Own" magazine. The webmaster would like to gratefully thank the author, Jim Dunning, for his kind permission in reprinting it here.)

If you go to Paris be sure to visit 140, Rue du Bac. This is where it all started.
From the outside it doesn’t look like a chapel, but it is. Inside you will see a reliquary containing the incorrupt body of Saint Catherine Laboure and an ordinary, yet rather special, chair.

But to begin at the beginning. Sister Catherine was a young novice aged 24, based at the Motherhouse of the Daughters of Charity in Paris. Like the other nuns, she slept in a dormitory. On the night of 18th July, 1830, the eve of the Feast of Saint Vincent de Paul, she woke to hear her name being called. To her great surprise she saw a little boy in shining white garments. ‘Come to the chapel,’ he said, ‘the Blessed Virgin is waiting for you.’ 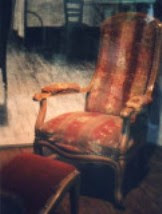 In a state of wonder she dressed and followed him to the chapel, discovering to her amazement that all the lights were burning, though it was nearly midnight. As she waited anxiously, she heard a rustling of silk and beheld the most beautiful lady she had ever seen, advancing gracefully down from the right side of the altar and sitting down in the armchair customarily used by the chaplain to the community. Unable to restrain herself, Catherine promptly knelt before the chair and placed her hands trustingly upon the Virgin’s knees.

Our Lady had a lot to say. ‘My child, God wishes to charge you with a mission. You will have much to suffer, but you will bear it all with the thought that you are doing it for His glory. You will understand what God desires, and it will trouble you only until you make it known to him who has to direct you. Fear not.’

The Blessed Virgin continued to speak, telling Sister Laboure that dreadful times were in store for the country of France. Evil men would overthrow the governmment and the church would suffer persecution. The Archbishop of Paris would lose his life, but she would protect the two communities founded by Saint Vincent de Paul – the Daughters of Charity and the Priests of the Mission. Suddenly, The Blessed Virgin vanished, and Catherine realised that she had forgotten to ask what was the special mission she was expected to undertake.

As instructed, Catherine told only the community’s chaplain, Father Aladel, of her experience. To her dismay, he dismissed her account, telling her she must have been dreaming. Undaunted, she prayed to be believed, and four months later, on 27th November, she experienced another vision. It was while she was at meditation with the other sisters in the chapel that she beheld her heavenly visitor again. Our Lady stood before her, looking more beautiful than ever, with a small golden ball in her hands. On her fingers were numerous brilliant rings, the stones of which issued dazzling rays in a downward direction.. Although the vision’s lips did not move, Catherine heard the sound of her voice saying :
‘The globe which you see represents the whole world, especially France, and everyone in it. The rays are the symbol of the graces I bestow on those who ask me for them.’ 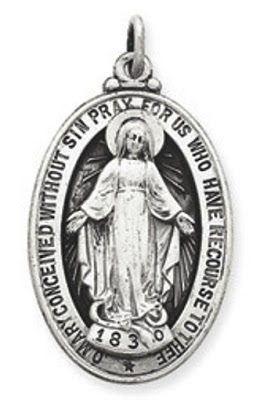 Moments later Mary was surrounded by an oval frame, within which, written in gold were the words : ‘O Marie Concue Sans Peche Priez Pour Nous Qui Avons Recours A Vous’ ( O' Mary Conceived Without Sin Pray For Us Who Have Recourse To You).

As she gazed in astonishment, Catherine heard an inner voice say:
‘Have a medal made after this model. All who wear it after it has been blessed will receive great graces, especially if they wear it around the neck.’
As she watched, the tableau seemed to turn around, revealing the letter M surmounting a cross and bar, beneath which were what she understood to be the two Hearts of Jesus and Mary. One of these was crowned with thorns, while the other was pierced by a sword, and the whole was encircled by twelve stars. She understood at once that this was to be the reverse of the medal requested.

It took nearly two years for her spiritual director, Father Aladel, to be convinced, and to his surprise he promptly received permission from the Archbishop to accede to Catherine’s request. The first 2000 medals were delivered on 30th June, 1832. This coincided with an outbreak of a deadly epidemic of cholera in Paris which claimed 20,000 lives. The Sisters began distributing the first medals and many cures were reported, leading to the people of Paris starting to call the medal ‘miraculous’. By the year 1836 several millions had been sold.

One famous case which everyone acclaimed as a miracle was the conversion of a staunch Jew named Alphonse Ratisbonne. He hated Christianity but, despite his better judgement, had been persuaded to wear the medal round his neck. On 20th January, 1842, when visiting a church in Rome, he was privileged to see an apparition of the Blessed Virgin of the Miraculous Medal. Like St. Paul at Damascus, he was instantly converted and went on to become a humble priest. 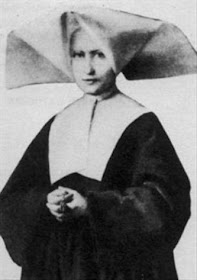 Remarkable as it seems, Catherine succeeded in keeping secret her part in all of this for the next 46 years. Somehow she managed to keep everything to herself while carrying out her duties in the kitchen, the laundry, the poultry yard and among a community of old men. In all that time she never called attention to herself, going about her work quietly and obediently, content to be unknown. Even taking part in the guessing games of the nuns as to who it must have been who had received an apparition of the Virgin, scoffing at the very idea that it might have been herself.

Father Aladel died when Catherine was fifty-nine, and she had no one to confide in for the next ten years. Finally, when Our Lady asked her to arrange for a statue to be made, she was obliged to go to her Mother Superior, admitting her previous involvement in the history of the Miraculous Medal. The Superior was amazed to learn that Catherine was the one who had been favoured with the vision of Our Lady all those years ago. Accordingly, she used her best endeavours to ensure that the statue was completed without delay.

Catherine died peacefully on 31st December, 1876, at the age of seventy. Nearly twenty yeas later the cause for her Beatification was introduced in Rome and she was finally beatified on 28th May, 1933. Her canonization followed on 27th July, 1947. Today her remains lie fresh and serene in a glass reliquary in the Chapel of the Apparition in rue du Bac. Hers is an example of a saint who was not surrounded by crowds when witnessing an apparition. After her identity was finally revealed, the Sisters she lived among exclaimed that she had seemed so ordinary. That was her secret. Far from being proud, she realised that her role was that of an intermediary.
What was much more important was the production and circulation worldwide of the now famous and much loved Miraculous Medal.